Home > Benefits Of Laughter > Why Laughter Is Good For Mental Health, Breaks Cycle Of Psychological Negativity
Previous Next

How laughter impacts the limbic system, and what this means for mental health

The limbic system is involved in all emotions, including laughter, as well as basic functions required for survival. The amygdala and the hippocampus are the two limbic structures playing a role in laughter.

The amygdala connects with the hippocampus and the medial dorsal nucleus of the thalamus. Through these connections, the amygdala plays an important role in the mediation and control of major human activities such as friendship, love and affection, and mood. And the hypothalamus, especially its median part, is a major contributor to loud, uncontrollable laughter. Therapeutic Benefits of Laughter in Mental Health: A Theoretical Review (Tohoku J. Exp. Med., 2016, 239, 243-249)
Laughter helps to think more clearly and have more integrative thoughts
A recent study showed that people who engage in joyful laughter produce brain wave frequencies similar to that of a true state of meditation. “When there is mirthful laughter, it’s as if the brain gets a workout because the gamma wave band (the only frequency found in every part of the brain) is in synch with multiple other areas that are in the same 30-40 hertz frequency. This allows for the subjective feeling states of being able to think more clearly and have more integrative thoughts. This is of great value to individuals who need or want to revisit, reorganize, or rearrange various aspects of their lives or experiences, to make them feel whole or more focused,” said Lee Berk, DrPH, MPH, principal investigator of the study.
Laughter breaks the cycle of psychological negativity
Individuals who laugh easily and frequently have better self-esteem and a much more positive outlook on life in general. In the bigger picture laughter is a survival skill that relieves tension, keeping us fluid and flexible instead of allowing us to become rigid and breakable in the face of change.

Laughter is a tool that can disarm, open doors and possibilities and enable other elements of levity such as play, wonder and celebration of life.

Choosing to laugh (as advocated by Laughter Wellness) does not change your outer circumstances but how you perceive them. A meaningful life and a happy life overlap in certain ways, but are ultimately very different. Seeking to lead a happy life is associated with being a “taker” (there is an emptiness inside that you are trying to fill) while leading a meaningful life corresponds with being a “giver” (you are full inside and want to share that).

Choosing to remain positive and be comfortable with your imperfections and the challenges in your life does not mean you have to be complacent about them. You should not. Laughing about them is a sign of maturity. Accepting and embracing our frailty and shortcomings as human beings opens the door to compassion.

In the words of Bernie DeKoven, “Playing and laughing together, especially when we play and laugh in public, because we choose to, just because, is a profound, and, oddly enough, political act. Political, because when we play or dance or just laugh in public, people think there’s something wrong with us. It’s rude, they think, childish, a disturbance of the peace. Normally, they’d be right. Except now. Now, the peace has been deeply disturbed – everywhere, globally. And what those grown-ups are doing, playing, dancing, laughing in public is not an act of childish discourtesy, but a declaration of freedom, a demonstration that we are not terrorized, that terror has not won, that we refuse to let fear, anger, guilt or resentment win and rule our lives.”

Choosing to laugh with life and others (not at them) is a practice that will teach you to first see what works before what doesn’t work.

Laughter and posttraumatic stress disorder (PTSD)
Michael Cortina, director of outpatient services at the Regional Mental Health Center in Merrillville, Indiana, shows that PTSD can be healed with laughter. The idea is to help people be able to think or talk about their traumatic event with absolutely no emotional distress, and flip a past emotional memory into a memory of an emotion.

“The therapy, developed by Florida therapist Jon Connelly, is geared to people who suffer from post-traumatic stress disorder who experienced a traumatic event or who deal with anxiety, guilt or frozen grief, among other conditions“, Cortina said.

“It is absolutely revolutionary. It eliminates the negative effect and emotional distress of that trauma in one session” he said.

The therapy has drawn criticism from skeptics, but Cortina said the success rate speaks for itself.

“The success rate for trauma and related guilt specifically with me has been 95 percent.“

Laughter helps patients communicate emotion in therapy sessions
Researchers from Massachusetts General Hospital (MGH) reported the first physiologic evidence of the role of laughter during psychotherapy. The researchers found that patients use laughter to communicate emotional intensity to psychotherapists, much like an exclamation point at the end of a sentence. In addition, patients’ and therapists’ laughing together magnifies that intensity and may contribute to feelings of rapport between them. Carl Marci, MD, the director of Social Neuroscience in the MGH Department of Psychiatry says laughter helps patients communicate emotion in therapy sessions

“Current research on laughter in general shows it is more about communicating emotion than about humor,” says Carl Marci, MD, the director of Social Neuroscience in the MGH Department of Psychiatry, the paper’s lead author. “Many therapists have been caught up in the old notion that laughter only signifies humor, even ridicule, and have questioned whether using laughter in therapy is appropriate. We wanted to take an objective look at the occurrence of laughter during therapy and measure its physiologic effect.”

The role laughter plays in psychotherapy has been disputed since the days of Freud. Some early therapists believed that laughter could have a harmful effect, while more recent thinking has held that, if used non-judgmentally, laughter can help support the therapeutic partnership. But none of those theories have been based on objective data.

As part of a larger on-going study of psychophysiology and empathy, the researchers videotaped therapeutic sessions and took physiologic measurements of both members of ten unique patient-therapist pairs. The patients were being treated for common outpatient mood and anxiety disorders in previously established patient-therapist relationships. Participating therapists practiced psychodynamic therapy, an approach that uses the therapeutic relationship to help patients develop insight into their emotions.

Throughout the therapy sessions, physiologic responses were measured for both patient and therapist using skin conductance recordings. Skin conductance is a commonly used measure of the activity of the sympathetic nervous system, which controls physiologic arousal and increases such parameters as blood pressure and heart rate. Earlier studies have shown that laughter increases arousal and that elevated skin conductance is associated with increased empathy between therapists and patients. Following the sessions, the videotapes were reviewed by independent observers who identified each laugh episode according to who was speaking prior to the laughter and whether the other person laughed as well.

In the ten recorded sessions, the observers identified 145 episodes of laughter, some involving both patient and therapist. On average, patients laughed more than twice as often as therapists did and were most likely to be laughing in response to their own comments. Therapists also were more likely to laugh in response to what patients had said. The skin conductance measurements showed that laughter produced physiologic arousal in both patients and therapists, with arousal strongest when both laughed together.

“We were surprised to find how common laughter was in therapy,” Marci says. “Taken together with the current understanding of laughter outside of psychotherapy, our findings suggest that the patient who is laughing is trying to say more than has been expressed verbally to the therapist. Laughter is an indication that the subject is emotionally charged.”

The rare occurrence of laughter among therapists and the fact that they almost always laughed in response to patient comments reflects the focus of therapy on the patient’s emotions, according to Marci. He also notes that therapists showed a physiologic reaction to patients’ laughter even when not laughing themselves, indicating an empathic response to their patients. When therapists did laugh, patients’ physiologic responses went even higher, supporting the well-known contagion of laughter and suggesting that, when therapists laugh with patients, the patients feel validation of the emotions they are expressing. “The clinical implications of the findings support the need for therapists to pay closer attention to when patients laugh during psychotherapy. Therapists should explore the meaning of what is said immediately preceding laughter,” says Marci, an instructor in Psychiatry at Harvard Medical School.

The researchers’ next step is a longer-term study, examining how the occurrence of laughter evolves as the therapeutic relationship develops with the ultimate goal of finding any significant relationship between laughter and improved mental health for patients.

The social component: Laughter is mainly about relationships
We live in a society that tends to isolate and divide people. 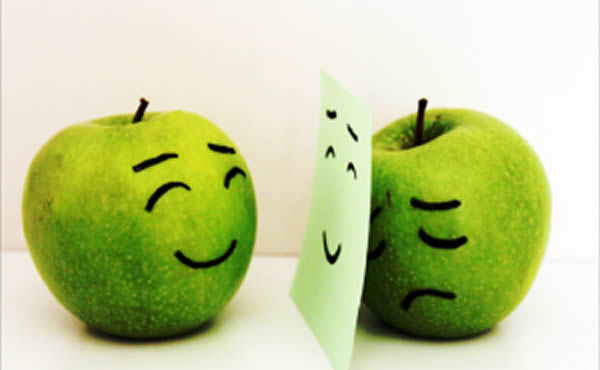 At the height of laughter, the universe is flung into a kaleidoscope of new possibilities. -- Jean Houston
More quotes about laughter